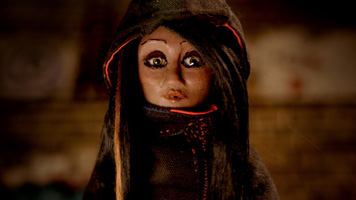 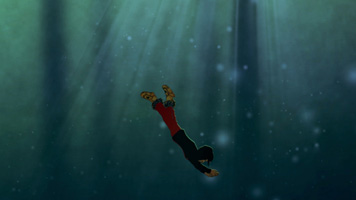 In this imaginative animated short film, a young Indigenous female street artist named Mia walks through the city streets painting scenes rooted in the supernatural history of her people. Lacking cultural resources and familial connection within the city, she paints these images from intuition and blood memory. She has not heard the stories from her Elders’ lips, but has found her own methods to rediscover them. The alleyways become her sanctuary and secret gallery, and her art comes to life. Mia is pulled into her own transformation via the vessel of a salmon. In the struggle to return home, she traverses through polluted waters and skies, witnessing various forms of industrial violence and imprint that have occurred upon the land.