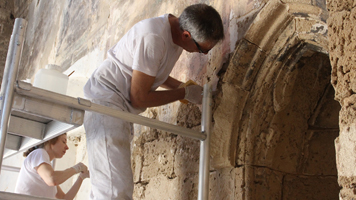 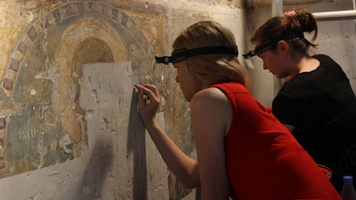 Prayers Long Silent charts the work of an international team of researchers and conservators as they attempt to restart the conservation of medieval wall paintings in Famagusta, Cyprus. These have suffered from decades of neglect resulting from the island’s political troubles, involving the location of Famagusta within Northern Cyprus, a self-declared state recognized only by Turkey. Amongst the many challenges facing the team are a church where the frescoes are covered in a thick layer of cement, along with the ever-present threat that conservation will again be halted by political pressures.