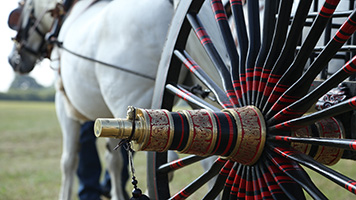 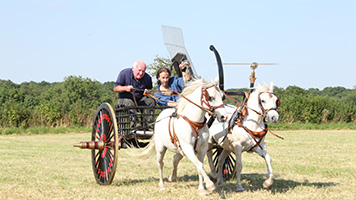 Chariots are deeply ingrained in Chinese culture. Ancient war manuals reveal much about the importance of the chariot in Chinese warfare, but no details are given as to how to use them or how effective they were. Now, an expert team gathers clues from across China to recreate one of these extraordinary machines. Scientists, archaeologists and historians combine to figure out how chariots were constructed, the ingenuity of the unique wooden joints and how the intricate bronze fittings were cast. The team wastes no time in putting it to the test, finding out how archers operated from this fast moving platform, how the chariot was defended and how it fared over rough ground. They discover that, although military innovations threatened the dominance of the chariot on the battlefield, for the ancient Chinese this weapon had become something much more important—a symbol of power and prestige.