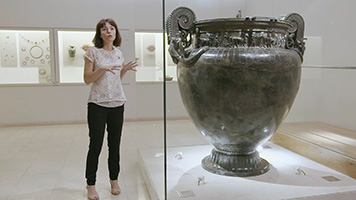 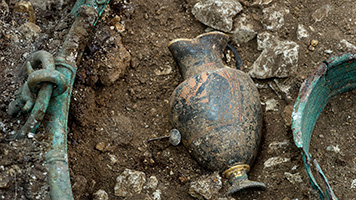 At the end of 2014, in the Champagne region of France, a team of archaeologists unearths a funerary chamber where lies a skeleton adorned with gold jewels. His bones are surrounded by Greek and Etruscan artifacts. This rich Celtic tomb, dated to the 5th century BC, is one of the most important discoveries of recent European archaeology. The Enigma of the Celtic Tomb proposes to shed a little light on this fascinating character, who he was to deserve such a sumptuous burial, and the relations he maintained with his neighbors and the peoples of the Mediterranean.