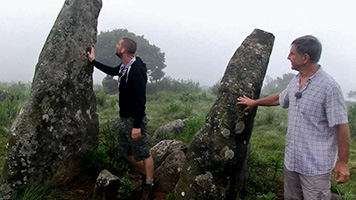 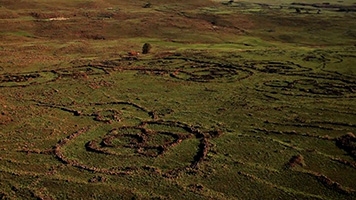 In this independent documentary, Dutch filmmaker Bart van Tongerlo goes in search of a countless number of mysterious stone circles in southern Africa. In a world of conflicting hypotheses, he gets confused and distracted. But the quest unfolds in a magical way and Bart eventually discovers the deeper meaning of his trip. The call to an ancient trace of a life in circles results in an open-hearted narrative of the inner journey from the head to the heart. In an animated travelogue with a frivolously spiritual touch, comedian and television host Leon van der Zanden follows Bart closely as an inquisitive interviewer.