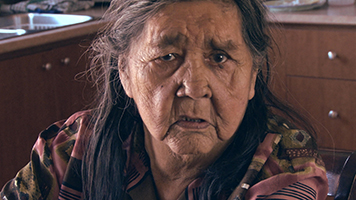 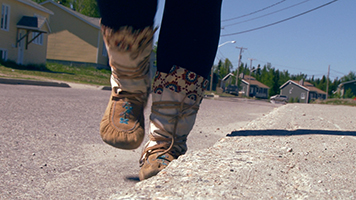 Young First Nations Canadian director Eden Mallina Awashish struggles to understand why her grandmother refuses to allow her to shoot a film about moccasins. Her failed attempt in this short film turns into a playful deconstruction of cultural loss and a record of the resolve to protect the native Atikamekw tradition of Quebec. Eden made this film to shine a spotlight on the Atikamekw nation and its issues.