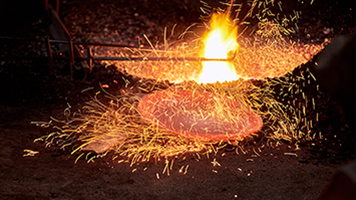 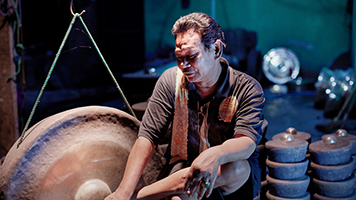 This is a short documentary about the forging of a Javanese Gamelan gong, highlighting the rhythmic nature of the methods employed by traditional gamelan makers, including the firing, molding and tuning of a new bronze instrument. Filmed on location in Pak Saroyo’s forge in the Sukoharjo Regency of Surakarta in central Java, the documentary focuses on the making of one of the 40-plus instruments in the set, revealing the musical nature of the forging process, from the rhythmic beating of red-hot metal to the dance-like quality of the Gong-smiths as they work in concert to bring a single gong to life.