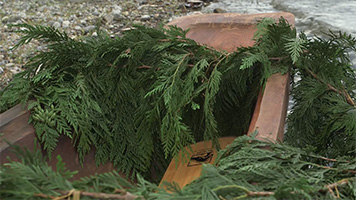 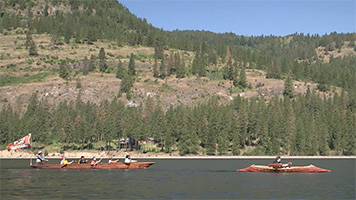 This film contains footage of the last Salmon Ceremony carried out by the Upper Columbia Tribes (Coeur D’alene, Colville, Kalispel, Kootenai, Spokane tribes) in the states of Washington and Idaho before the Grand Coulee Dam flooded their traditional waterways and ceremonial fishing sites in 1940. This footage was then cut with more recent footage to create United by Water, a documentary about the Upper Columbia Tribes’ return to the waterways for the first time in 76 years by way of traditional handmade dugout canoes. This powerful short film is narrated by Sherman Alexie, Jr., who donated his time to the project and read his poem, “Powwow at the end of the world.”

Screening time:Saturday, May 5 at 5:58PM