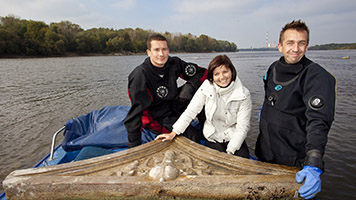 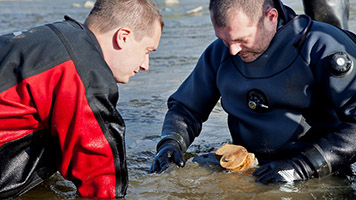 In the 17th century, the Swedish army invaded Poland, looting priceless sculptures and decorations from the royal palace in Warsaw and beyond. That there is hardly any 17th-century architecture left in Warsaw today can be credited to this “Swedish Deluge.” "River of Treasures" follows filmmakers and explorers Marcin Jamkowski and Konstanty Kulik as they tell the story of this cultural invasion and of the expedition launched in search of this lost patrimony. It begins with Dr. Hubert Kowalski and his discovery of 350-year-old letters between the King of Poland and the Mayor of Warsaw. The letters mention a ship laden with priceless marbles, lying somewhere deep underwater. The film takes viewers on the ten-year journey to locate these sunken treasures, from library archives and historic castles to the bottom of the Vistula River.