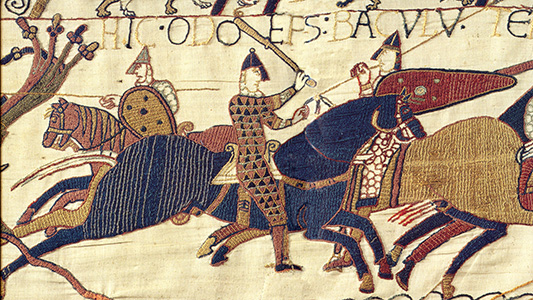 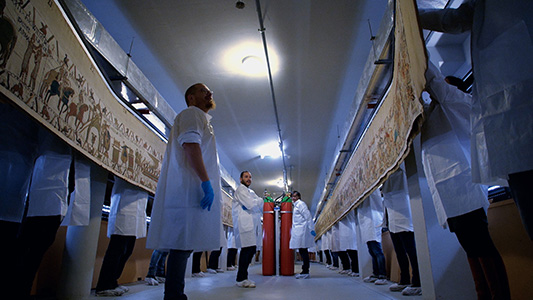 The Bayeux Tapestry, still preserved in Normandy, is a UNESCO World Heritage Site. This immense embroidery, nearly 70 meters long, recounts the invasion of England in 1066 by William the Conqueror, Duke of Normandy. The film tells a remarkable odyssey through a period of significant upheavals in history: the early Middle Ages and the advent of the feudal system in Europe, which marked the end of the Age of Vikings. The embroidery amounts to an exceptional archive of these obscure times with its multitude of characters, boats, horses, and monuments. Beyond that, the problem that researchers have long faced is precisely the uniqueness of this chronicle. In the absence of other documents of comparable scope, can we say that the Tapestry is a reliable witness to these remote times?