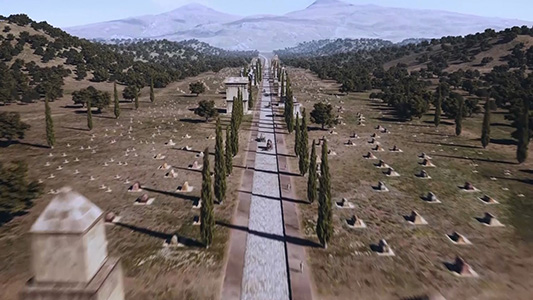 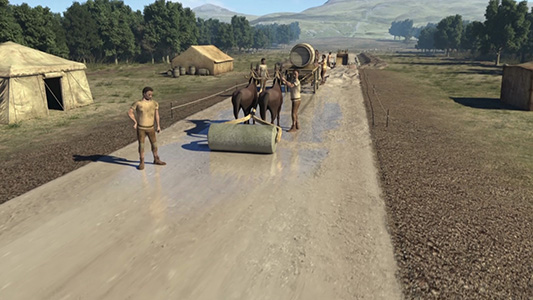 Engineered roads did not exist before the rise of the first civilizations and great states. The Roman Empire’s rapid expansion and growth made roads more necessary for Rome than for any condition that had come before it. The stereotypical, rough and inefficient road that comes first to mind does not reflect the reality of these roads. The engineering techniques used by the Romans required a great deal of preparatory work, including choosing routes, adapting terrain, spreading gravel, draining and channeling water, building bridges, and drilling through mountains. Because of the efficiency of these roads, high-volume trade became possible. This interconnected network reached a magnitude unprecedented in the history of humanity.