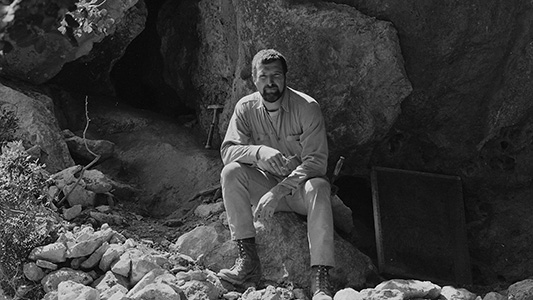 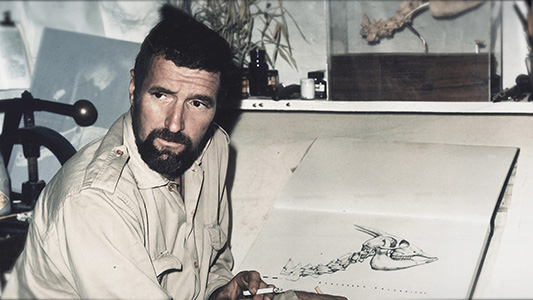 William Waldren (1924-2003) was a multifaceted, restless, charismatic, and controversial artist who arrived on Mallorca in 1953. A pioneer, self-taught in the archaeology and prehistory of the Balearic [bawl-ee-AIR-ick] Islands, he excavated the sites of Muleta, where he found more than a thousand specimens of the now-extinct Balearic Islands cave goat, and Son Matge [sohn-MAWT-jay], one of the oldest examples of human settlement in the Balearic Islands. He applied the Carbon-14 dating method here for the first time. As the epicenter of the cultural movement in the expatriate-friendly village of Deiá since the late 1950s, he was a painter, sculptor, artistic designer, and a lover of his host land and its people. This true entrepreneur, over time, managed to become a benchmark in the world of archaeology.