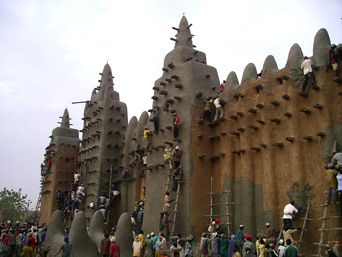 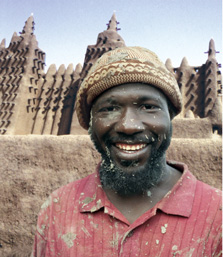 Through the story of Komusa Tanapo, a mason in Djenne, and his family, this documentary examines an African tradition of mud architecture in Mali. The environmental genius of these ancient construction techniques, using thick walls with tiny windows that keep the interiors cool despite the stifling heat, is expressed in beautiful designs that have won the town of Djenne designation as a World Heritage site. The Future of Mud reveals Komusa’s hand building methods, utilizing sun-dried bricks made from the flood plain mud containing decayed fish and cattle manure and mixed with organic materials such as straw and rice chaff. He goes to work on two building sites and at the annual repair of the Great Mosque, employing thousand-year-old construction techniques and the secrets he inherited from his family of masons, including religious rituals to protect homes and workers from evil spirits.