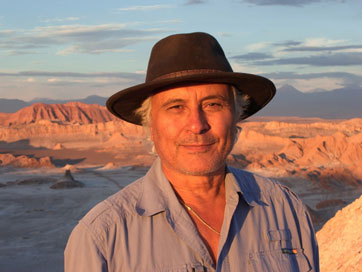 Fadel Gad (M.A., Egyptian Archaeology and Art, Cairo University,1981) is the owner of Joy Travel International and the executive producer of TV features and feature films relating to Egyptian archaeology. His more recent feature film is "Spiritual Warriors," produced in 2007. He went to graduate school at Cairo University with Dr. Zahi Hawass and worked with Hawass on Egyptian field projects for 11 years. With his company, Joy Travel International, he leads tours and lecture series on Egypt, where he has guided groups from UCLA, UC Santa Barbara, the Los Angeles County Museum of Art, Duke University, the Japanese parliament, and the American National Press Club, among others. He is a special consultant and conducts lectures and tours for The Children's Museum of Indianapolis. His field research experience includes work at Egyptian sites such as Giza; the Monastery of Abu Henes in Upper Egypt; the early Coptic Christian monastery of Kellia; and Fustat, the first Arab capital of Egypt. His presentation at TAC Festival will focus on the topic, "Egyptian Civilization from the Pharaohs to the Arabs."