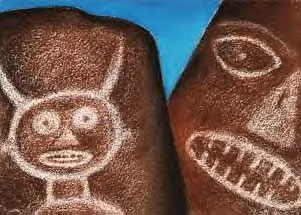 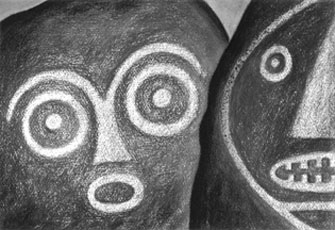 In the high deserts of southcentral New Mexico lies Three Rivers, an ancient Native American rock art site where over 10,000 petroglyphs (pecked and incised images) were created by the Jornada Mogollon people between A.D. 900 and 1400. Thirty-five miles away, on the White Sandia Missile Range, the world's first atomic bomb was detonated at the Trinity Site in 1945. The juxtaposition of these two sites points to the striking contrast between the two worlds which created them: one which reveres and lives in harmony with the natural world, and one which, in striving to control the forces of nature, has created a means for its destruction. This animated film explores these opposing forces and their relationship and effect on one another.