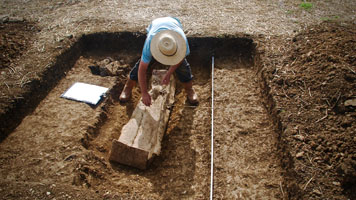 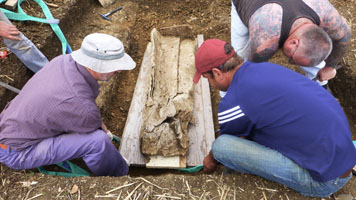 When someone with a metal detector discovers a lead coffin in a field near Ilchester in Somerset, England, the local police call in the archaeologists from South West Heritage Trust to investigate.  The Lady in Lead follows the story of these archeologists, who work with a small town to uncover more about the life and death of a woman who lived there over fifteen hundred years ago.  Scientists endeavor to tell the community of Ilchester more about the historical significance of their town by careful examination of the ancient burial site.