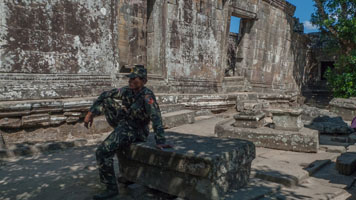 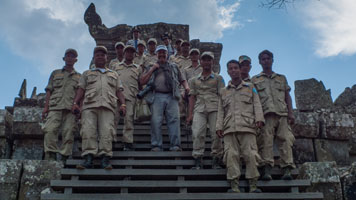 The conflict over the ancient temple of Preah Vihear illuminates the current political and cultural tensions between Cambodia and Thailand.  In Cambodia, it shows “spirit warriors” of an ancient general being mobilized through trance to defend the country.  In Thailand, the Red Shirts and the Yellow Shirts are filmed in street demonstrations and in the fierce fighting that periodically erupts in the aftermath.  The film includes the most recent Thai military coup and concludes by examining the impact of this seizure of power on issues along the border.