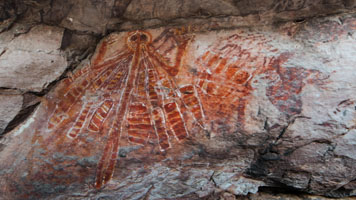 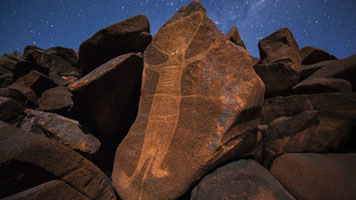 First Footprints tells how the Aboriginal people became the oldest living culture in the world.  Across Australia are over 10 million prehistoric paintings, engravings and archaeological sites.  The continent is one giant canvass telling an epic story of endurance in the face of terrifying megafauna, catastrophic droughts, rising sea levels, and massive climate shifts that caused both conflict and phenomenal cultural output over tens of thousands of years.  For the first time new archaeological discoveries, stunning rock art and a wealth of never-before-seen archival footage and cinema-quality CGI reveal the epic story of 50,000 years of life in Australia.