On the Protection of China's Cultural Heritage

Commentary by Mr. He Shuzhong

The Director of Cultural Heritage Watch, Beijing, China, comments on the prospects for protection of China's cultural heritage sites.

One of our goals for The Archaeology Channel is to share the important messages of archaeology and traditional cultures with the people of the world through streaming media. Among the most important issues faced around the globe is the preservation of cultural heritage sites for future generations. Popularly supported and effective preservation policies are essential for any country to ensure that the physical remains of its cultural legacy remain intact and are accessible to its people and for people everywhere. Every nation on the planet faces the challenge posed by the tragic and continuing loss of cultural heritage sites to theft, vandalism, development, and neglect. We are pleased to be able to contribute to a world dialogue on this issue through the webcast of audio commentaries from leaders of the preservationist movement.

China, the most populous nation on Earth, is vast and richly endowed with the physical remains of its very ancient and highly significant cultural legacy. In this, the first of our audio commentary series, Mr. He Shuzhong, Director of Cultural Heritage Watch, Beijing, China, comments on the current status of, and prospects for, protection of China's cultural heritage sites. 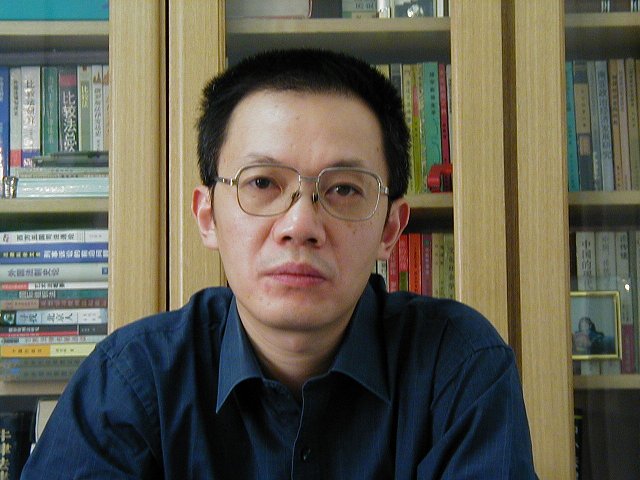 China was one of the most important areas of civilization in the ancient world. However, because of illegal excavation and artifact trafficking, because of uncontrolled urban development and industrialization, because of environmental pollution and excess pressure from tourism, we have to say that much of our cultural heritage has been lost, and much more is in danger. To some extent, the loss of cultural heritage sites has left local culture in China without context, and globally significant sites without integrity.

To be sure, China has taken some measures for saving cultural heritage remains. For example, the Chinese legislature has adopted several laws regarding site protection and ratified all four international cultural heritage conventions. The government supports many conservation and archaeological excavation projects every year. Altogether, about two thousand museums have been established to house collections. Some criminals are punished according to law every year, and there is more and more international cooperation on ancient sites. However, it is also obvious that these measures are still far from sufficient for such a large developing country. Many problems have remained unsolved for a long time. Laws and international conventions are only paper constructs for many people and authorities. Heritage authorities typically are unable and inefficient. Education and training regarding cultural heritage are very lacking. And the local public attitude is somewhat indifferent. We think the biggest problems now facing the protection of China's cultural heritage are, first, that the relevant authorities always say the preservation situation has improved; second, that the local people are poorly educated on their rights to protect cultural heritage sites; and third, that some large companies are rapacious in their treatment of ancient sites.

Cultural Heritage Watch is a small independent non-governmental organization. It was founded in 1998 and its website was established at the beginning of 2000. We must thank Mr. Tom Cremers and his Museum Security Network for his support of our website. Without his kind help, we could not have set up this website so fast. The main objective of Cultural Heritage Watch is to increase public concern about our cultural heritage. This is the most needed step toward site protection in China. During the last several years, we have been busy releasing comments and observations, giving professional advice, holding training activities and picture exhibitions, and capturing images to record the losses. We know we are only a small NGO and not able to solve all problems in China. But we are doing something, no matter how small it is.

According to Chinese law, Cultural Heritage Watch cannot release news, so we release observations and comments. We hope our observations and comments can help readers get more information and bring some pressure on the authorities. We promise that our position is independent and our information is accurate. We understand the importance of international cooperation and exchange for protection of our cultural heritage. And we know clearly what kinds of cooperation and exchange are necessary and effective in China. So we are very pleased to offer the best professional advice on the protection of heritage sites. Actually, we have been quite successful in this area. We are sure that training and media are the most important factors for increasing public concern about cultural heritage protection. We have held many training activities for young people in the last two years. Two exhibitions of images about losses and damage were held in universities recently. Our heritage song is under consideration for use by the UNESCO Choir at its Paris headquarters. Increasing public concern will be more effective and interesting if there are some popular heritage songs to broadcast widely. Shooting film and video footage on the damage to heritage sites is useful both for increasing public concern and for recording the losses. We are seeking cooperation with Archaeological Legacy Institute through their website, The Archaeology Channel, for this purpose. We believe that a series of videos will strongly impress local people. And it will also be significant for people all over the world, since the loss of heritage sites is a worldwide phenomenon.

Cultural Heritage Watch is very small and so far has almost no funding. To establish an independent non-governmental organization in China is not very easy. We plan to intensify our activities. We will be very thankful for any help that you can send us.

Academic Exchanges on Conservation of China

Energie sparender Hausbau (In Chinese only)

Hemudu Site Museum (In Chinese Only)

The Museum of the Terracotta Warriors and Horses (In Chinese Only)

The National Museum of China

Shanghai Museum (In Chinese Only) (Chinese only)