Archaeological Legacy Institute offers film production services for projects that are in keeping with its cultural heritage public mission.  We invite archaeologists, indigenous groups, museums, tourism offices, government agencies, and others who wish to share their stories with the public through the film medium to This email address is being protected from spambots. You need JavaScript enabled to view it. with your ideas and goals.  We will help guide you through the process of budgeting and planning a film or video project prior to any decision you might make to undertake production.

Film is a very powerful medium for delivering important perspectives, concepts and information. ALI employs a team of highly capable film makers and production staff to carry out production services: 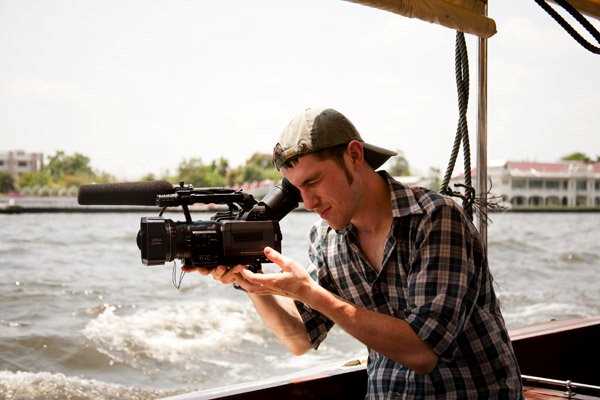 Filmmaker Teal Greyhavens, currently residing in Los Angeles, learned his craft first as a high school student in Eugene, Oregon, where he co-directed five short films, and then at Whitman College in Walla Walla, Washington, where he collaborated on six short films and directed two independent shorts. After receiving his B.A. in Film Studies, Teal was awarded a Thomas J. Watson Fellowship and with that support began making Mirror of the World, a documentary about the power of cinema to foster understanding and communication around the world.

Teal began working with ALI in 2009. He has been Director for four ALI projects for which we have samples to show:

Filmmaker Faith Haney has been a professional archaeologist in the western United States for over 14 years. Following a B.A. in Anthropology in 1995, her specialty in archaeological graphics led her to earn an additional degree in graphic design and illustration. She has been offering her artistic services through her small business, Faith Haney Designs (formerly Faith Haney Illustration and Lithic Illustration & Design) for over a decade. Faith's passion for cultural education and outreach through art and design eventually led her, in 2006, to add film to her repertoire. Her graduate studies at Central Washington University strengthened her love of film and video and it was here that Faith produced a six-part local television program called Anthropology Field Notes. She has been supplying film content to ALI since 2007. After earning a M.S. in Cultural Resource Management, Faith produced several small videos currently being shown in visitor centers and museums nationally and abroad. Internships in 2009 and 2010 with the Smithsonian Institution Human Studies Film Archives and National Geographic Television, both in Washington, D.C., have added additional experience to passion. When not making videos or digging in the dirt, Faith enjoys motorcycle riding, scuba-diving, and traveling with her husband.

Here is a list of Faith’s work currently available for viewing on TAC:

Film maker and archaeologist Dr. Guy Prouty, currently residing in Nanaimo, British Columbia, learned both his film-making and archaeological crafts at the University of Oregon. Guy spent two years in multimedia design where he learned digital film making using professional media such as Final Cut Pro and Premiere and computer 3-D modeling with Maya, a top end program used by major movie studios.  He commenced his film-making in 2002 at the University of Oregon Archaeological Field School in southeastern Oregon. In 2003, he was glad to join forces with ALI, where he had the opportunity to be part of a quality film production organization that educates general audiences and professional archaeologists about the wonders of the human past using digital media.

Here is a sample of his work currently available on TAC:

A Journey Through Time: Archaeology at St. Johns

Guy shot and produced this 15-min. film about archaeological excavations at a prehistoric site in Portland, Oregon, for ALI under contract with engineering firm CH2M Hill.

Guy compiled and edited the following cartoon shorts for a continuing humor series:

He has shot and produced three of our video interviews:

Finding Pre-Clovis Humans in the Oregon High Desert: An Interview with Dennis Jenkins

Rock Art: Messages from the Human Past: An Interview with Jean Clottes

And he produced a short video about the 2011 visit to Italy by ALI Executive Director, Rick Pettigrew:

University and community college students work with us regularly as interns and volunteers to produce short videos that we use for promotional and informational purposes for ourselves and others. Here are some examples of this work:

A Day in the Life of The Archaeology Channel (2011) - YouTube