Rock Art: Messages from the Human Past

An interview with Jean Clottes

For tens of thousands of years, humans have been making their marks on rock faces, leaving behind often puzzling testimonials to their lifeways and thought. Found throughout the world in every human cultural area, rock art is a unique window into the early human mind, but a huge challenge to interpret. A renowned leader in rock art research, Dr. Jean Clottes has spent a lifetime examining rock art panels in France and throughout the world. In July 2003, as a featured speaker for The Archaeology Channel International Film and Video Festival in Eugene, Oregon, Dr. Clottes shared some remarkable images and intriguing interpretations with the Festival audience and agreed to a one-on-one interview with ALI Executive Director Rick Pettigrew. In this interview, he addressed some fundamental questions about what rock art tells us about our distant ancestors and their ways of thinking. 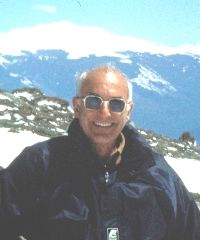 Jean Clottes was born in the French Pyrenees in 1933 and studied at Toulouse University, where he earned his Ph.D. in 1975. He was appointed Director of Prehistoric Antiquities for Midi-Pyrénées in 1971. This vast area (bigger than Switzerland) is one of the richest and most famous in France for prehistoric studies and in particular for prehistoric painted cave art. He led excavations on Early Paleolithic, Upper Paleolithic, and several Neolithic and Bronze Age sites in the region. In 1992, he was appointed General Inspector for Archaeology at the French Ministry of Culture and in 1993 became Scientific Advisor at the same Ministry for prehistoric rock art, a position he held until retiring in 1999. Dr. Clottes is a member of numerous French and international archaeological councils, commissions and societies and is a former President and currently Honorary President of the Société Préhistorique Française. He has organized a number of national and international conferences on prehistoric art and has taught at Toulouse University and as a visiting professor at UC Berkeley. He has given many public lectures on rock art in France and in other countries (Argentina, Australia, Belgium, Bolivia,Canada, China, Denmark, England, Italy, Germany, Luxemburg, Namibia, Norway, Portugal, Spain, Sweden, Switzerland, and the USA). He is widely known for his research and management work at spectacular Chauvet Cave, the site of the oldest known European cave art, and heads the committee working to protect the art there when it opens to the public in 2005. He is the editor of the International Newsletter on Rock Art (distributed to 106 countries) and has published over 300 scientific articles and written or edited 18 books. He is particularly interested in all aspects of rock art, including its meaning and age as well as its interpretation for the public.

The Cave of Chauvet - Pont - d’Arc (Culture Ministry of France)