Archaeology and the WTC Atrocity

Dr. Rathje, Research Professor at the Stanford Archaeology Center and an archaeologist deeply committed to modern applications of archaeology, shares his thoughts on the September 11 catastrophe.

The September 11, 2001, terrorist attacks on New York and Washington, D.C., sent a shock wave around the world.  Many people at that time felt an entangled and confusing array of emotions, including sadness, grief, fear, horror, and anger, that took some time to sort out.  In the aftermath, people everywhere contemplated those events and discussed how we, whether as Americans or without any consideration of nationality, should respond.  A principal goal of Archaeological Legacy Institute is to highlight the lessons of the human past, as expressed through archaeology and traditional cultures, as useful tools in addressing the problems of today.  In our continuing effort to bring the perspectives of archaeology to bear on the concerns of our time, we asked Dr. Bill Rathje, an archaeologist deeply committed to modern applications of archaeological method and theory, to share his thoughts on this catastrophe with the world community through an Audio Commentary.  He was a generous man, so he readily complied.  Dr. Rathje passed away on May 24, 2012.  Many of us will miss him. 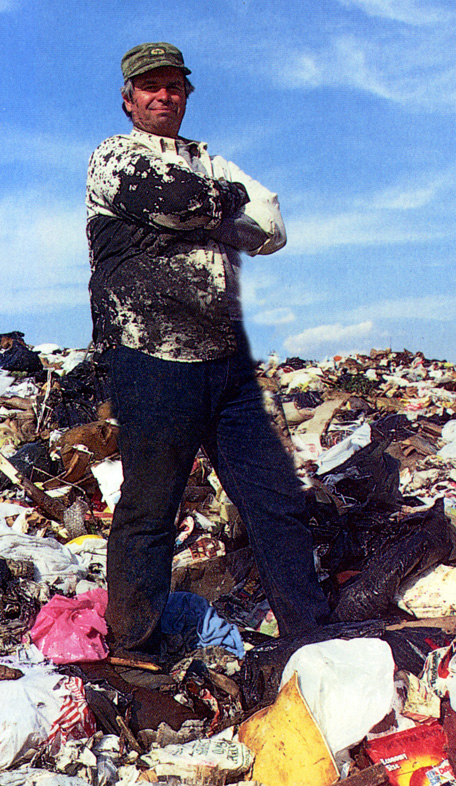 Dr. W. L. Rathje was the Founder and Director of The Garbage Project, which conducts archaeological studies of modern refuse.  Rathje received his B.A. from the University of Arizona in 1967 and his Ph.D., which focused on the archaeology of the ancient Maya, from Harvard in 1971.

Since 1973, The Garbage Project has studied fresh refuse to document household-level food waste, diet and nutrition, recycling, and discard of hazardous wastes.  In addition, since 1987 the Project has excavated 21 landfills across North America to record the quantities of various types of buried refuse and what happens to these materials over time.  The hands-on realities of refuse have often been different from what was expected.  In other words, what people say they do and what they actually do are often two different things.  “Garbology,” the term coined to describe Rathje’s research, is now in the Oxford English Dictionary and the Encyclopedia Britannica.

Rathje published widely in academic journals and in such popular media as National Geographic, The Atlantic Monthly, and The Smithsonian.  In 1991 Dr. Rathje won the AAAS/Westinghouse Award for Public Understanding of Science and Technology and in 1992 the AAA Solon T. Kimball Award for Public and Applied Anthropology.  Rubbish! the Archaeology of Garbage (co-authored with Cullen Murphy in 1992) was a national bestseller and was republished by the University of Arizona Press.   Dr. Rathje was host of the computer-interactive video “Our Garbage Dilemma,” which is a permanent exhibit in the Smithsonian’s National Museum of American History.

Dr. Rathje’s latest book, USE LESS STUFF:  Environmental Solutions for Who We Really Are, is co-authored by Robert M. Lilienfeld and published by Fawcett Books.  Rathje wrote a regular column for MSW-Management magazine and frequently contributed essays to popular magazines linking the theories, methods, and results of archaeology to issues of contemporary concern, such as the rise of Microsoft, the burials of Princess Diana & Mother Teresa, and the changing face of war and terrorism.

Rathje was Professor Emeritus at the University of Arizona, a Research Professor at the Stanford Archaeology Center, and a Consulting Professor in the Department of Anthropological Sciences at Stanford.

Rubbish! The Archaeology of Garbage (U. of Arizona Press)