An Interview with Dr. Richard Pettigrew

In a radio interview, the organizer of The Archaeology Channel International Film and Video Festival (16-19 July 2003) describes the Festival and the reasons behind it as well as associated events.

The Archaeology ChannelInternational Film and Video Festival will screen 20 films from ten countries in front of a live audience at the McDonald Theatre in Eugene, Oregon, USA, during 16-19 July 2003. Selected from 64 entries on archaeology and indigenous peoples submitted from 19 countries, these films will vie for Festival prizes in a juried competition. Distinguished speakers Dr. Jean Clottes from France and Dr. Brian Fagan from UC Santa Barbara will deliver keynote addresses and Festival-goers will have a variety of other activities to choose from. University of Oregon radio station KWAX of Eugene, Oregon, invited ALI President and Executive Director Dr. Richard Pettigrew to the station on June 5, 2003, for a broadcast interview about the upcoming Festival. Caitriona Bolster of KWAX asked Dr. Pettigrew to describe the Festival, the film content, the reasons behind it and its range of activities. The interview was broadcast on June 9. 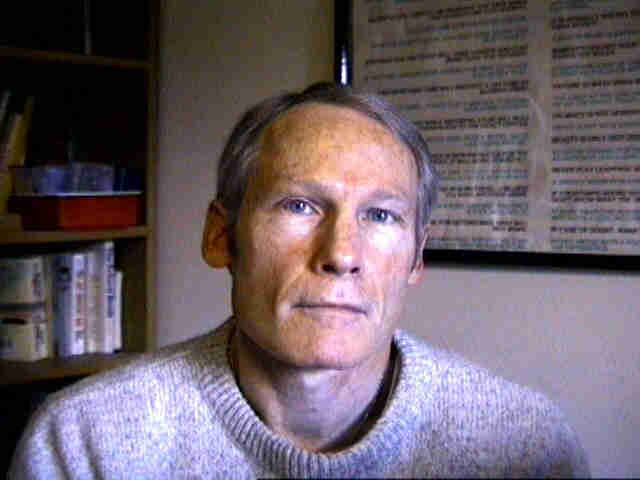 Currently serving as Board President and Executive Director of ALI, Dr. Pettigrew received his B.A. (1970) from Stanford University and his M.A. (1972) and Ph.D. (1977) from the University of Oregon. In 31 years of Pacific Northwest archaeological experience, he has conducted hundreds of field projects in diverse regions. Pettigrew has been a leader in Oregon research, producing pioneering and seminal contributions in most regions of the state. Among the many professional organizations of which he is a member are the Society for American Archaeology, the Archaeological Institute of America, the Society for Applied Anthropology, the Association of Oregon Archaeologists, the American Association for the Advancement of Science, and the Register of Professional Archaeologists. Reflecting an interest in digital technology dating back at least to his first computer-programming class at Stanford in 1967, he has long promoted computer applications in archaeology. Since founding ALI in 1999, Pettigrew has directed The Archaeology Channel project, a public education effort involving the use of cutting-edge technology to deliver valuable information and perspectives about archaeology and indigenous peoples to a worldwide audience through compelling streaming-media programming. His experience thus combines a deep research background, technological expertise, and a strong commitment to public education. Dr. Pettigrew lives and works in Eugene, Oregon, USA.