A prominent forensic archaeologist tells how she and her team have applied archaeological methods to the investigation of human rights violations around the world.

The Past Inside the Present:
Interviews on Archaeology and the Contemporary World with Adam Fish

Since 1984, the Argentine organization Equipo Argentino de Antropologia Forense (EAAF), or Argentine Forensic Anthropology Team, has applied the forensic sciences, particularly forensic anthropology and forensic archaeology, to the investigation of human rights violations. The work involves genetics, ballistics, radiology, and computer sciences. Using these tools and techniques, EAAF exhumes bodies to establish the cause of death and to identify skeletal remains of victims. Through its work, EAAF assists the relatives of the victims to recover the remains of their disappeared loved ones. This work contributes to the historical reconstruction of atrocities that offending governments seek to minimize, hide, or deny. EAAF's investigations produce criminal evidence useful in the courts and have proven critical in the pursuit of justice. Since 1986, local or international human rights organizations and judiciary branches have asked EAAF to assist with human rights investigations in Chile, Bolivia, Paraguay, Brazil, Venezuela, Peru, Colombia, El Salvador, Guatemala, Panama, Honduras, Haiti, The Philippines, Romania, Croatia, Iraqi Kurdistan, Ethiopia, French Polynesia, and South Africa. In this interview with TAC’s Adam Fish, recorded via telephone on 15 January 2005, Moretti tells the remarkable story of the EAAF, its origins, its activities, and its future. 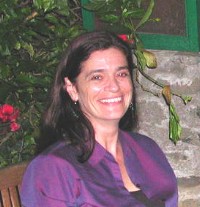 Mercedes (Mimi) Doretti is a world leader in using forensic archaeology to defend human rights. Mimi was born and raised in Buenos Aires, Argentina, and earned an advanced degree in Anthropological Sciences in 1987 from the National University of Buenos Aires. She is the co founder of EAAF, where she is a full time researcher and the Coordinator for EAAF’s New York Office. She is also President of the Latin American Association of Forensic Anthropologists.

She conducts training seminars throughout the world and has lectured at Harvard University, Massachusetts Institute of Technology, Columbia University, State University of New York at Purchase, New School for Social Research, Rutgers University, Amnesty International, The Carter Center, and several meeings of the World Archaeology Congress. Human Rights Watch, Amnesty International, and the United Nations regularly use her investigations in reporting on human rights. In addition, she is a film-maker and co producer of “Following Antigone: Forensic Anthropology and Human Rights Investigations” (EAAF Witness production 2002).

To learn more about EAAF and how you can contribute and volunteer please see their website.

Adam Fish is an audio journalist for Archaeological Legacy Institute who is collecting interviews for our online audio program series, ThePast inside the Present:Interviews on Archaeology and the Contemporary World. He is an anthropologist of the American West and has worked on archaeological sites throughout the world. His research focuses on the similarities between film-making and archaeology with a focus on the use of digital visual media in projects of Native America

n cultural preservation. He is the Executive Director of the Center for Landscape & Artefact, a not for profit organization dedicated to fusing applied archaeology with the digital arts. For more information on Adam, please see his personal page.