In this prepared video statement recorded at the Tampa, Florida, laboratory of Odyssey Marine Exporation, Inc. (OME), Ivor Noël Hume argues that the Society for Historical Archaeology should revise its code of ethics to encourage those who do good work, such as MNE in his opinion, to participate in the archaeological enterprise.  He expresses that it is perfectly reasonable and ethical for an organization to realize a financial return from the sale of high-value duplicate artifacts such as gold coins while at the same time recovering and publishing the archaeological data which the artifacts and features of the site represent.  In his view, this business model is effectively the only realistic method for affordable deep-water excavation.  This video was prepared for and shown at the Ethics Panel meeting at the annual conference of the Society for Historical Archaeology in Toronto, Ontario, Canada, in January 2014.

As the sale of objects recovered from archaeological sites is considered permissible in specific circumstances by some archaeologists and never permissible by others, we present this video commentary to promote discussion of the subject.   Archaeological Legacy Institute in presenting this video does not take a position on the matter, but we do invite interested persons and organizations to weigh in and express their opinions on it.  We encourage you to send your comments by email to This email address is being protected from spambots. You need JavaScript enabled to view it..

Use this link to see the comments as we compile them: Coming Soon.

To see the interview, click on the bandwidth for your player below. 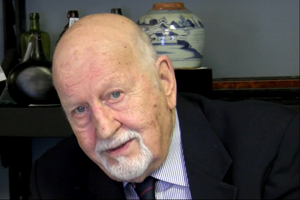 The”Other” Meaning of Value in Archaeology: The Uncomfortable Topics of Money, Looting, and Artifacts of Questionable Origin, by Richard M. Pettigrew and Sanchita Balachandran, in Archaeology in Society: Its Relevance in the Modern World, ed. by M Rockman and J. Flatman (Springer)