Our Unprotected Heritage: An Interview with Tom King

An Interview with Tom King

In this interview, conducted on August 5, 2010, by ALI’s Faith Haney at Tom King’s home in Silver Springs, Maryland, Dr. King explains what he believes is wrong with the U.S. heritage protection system and what can be done about it.  A chief architect of this system, Dr. Tom King, is so convinced that the process no longer works that he has published a book called Our Unprotected Heritage: Whitewashing the Destruction of Our Cultural and Natural Environment.  Protecting archaeological and historical sites from project impacts in the United States is guided by the “Section 106 process.”  Dr. King argues that is is the designated watchdogs and practicioners of the system who have misused and misinterpreted it, to the point that systematic reform is necessary.

Produced in 2010 by Archaeological Legacy Institute 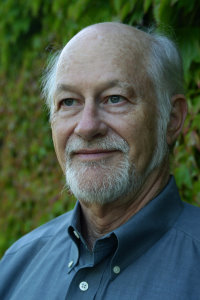 Dr. Tom King (Ph.D., Anthropology, U.C. Riverside) is Senior Archaeologist with The Historic Group for Historic Aircraft Recovery (TIGHAR), particularly involved in research focusing on the 1937 disappearance of aviation pioneer Amelia Earhart (See
www.tighar.org/Projects/Earhart/AEdescr.html).  His co-authored book, Amelia Earhart's
Shoes (Altamira Press) recounts TIGHAR's adventures in pursuit of Earhart through 2004; since publication of Shoes, King has directed two more field sessions (in 2007 and 2010) at the Seven Site on Nikumaroro, the island in the Republic of Kiribati where TIGHAR hypothesizes that Earhart died.  Based on historical data and archaeological findings, King's 2009 Novel, Thirteen Bones (Dog Ear Publications), imagines the documented 1940 discovery of human remains that very likely were Earhart's on Nikumaroro, from the point of view of the Pacific islanders who found them.

King's 50-year career includes the conduct of archaeological research in California and the Micronesian islands, management of academy-based and private cultural resource consulting organizations, helping establish government historic preservation systems in the freely associated states of Micronesia, oversight of U.S. government project review for the federal government's Advisory Council on Historic Preservation, service as a litigant and expert witness in heritage- related lawsuits, and extensive work as a consultant and educator on heritage-related topics.  He is best known for his work with indigenous groups and local communities, using U.S. historic preservation laws to insist that their cultural places and concerns be considered in planning projects that threaten them.