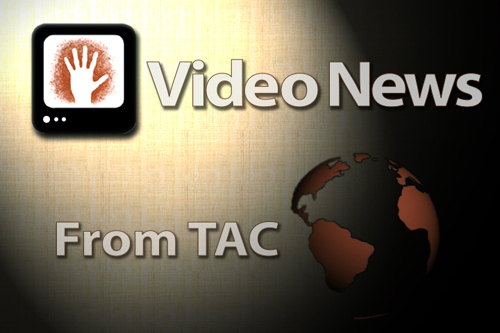 Our musical theme is the work of Kevin MacLeod. Our host is Rick Pettigrew.

Our studio is provided by Community Television of Lane County. 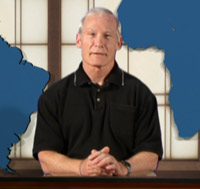 Filmmaker Tashi Wangchuk followed Tsering Dorjee, exiled Tibetan folk artist, for about six months with a camera to make a film about displaced Tibetans in exile.  This film is a real life story about Dorjee and his initiative in passing down centuries-old Tibetan literature and performing arts that are being erased inside Tibet to the Tibetan younger generation in the San Francisco Bay area.  He does this through the community’s Sunday school and the school’s annual day event, which serves the younger generation who were born and raised in the US.

(1) Divers and snorkelers can tour six shipwrecks on the Maritime Heritage Trail in Biscayne National Park.  The Erl King had three masts, but also a steam engine.  She fatally ran aground in 1891.  (2) Along the shore of the Sea of Cortez live the Comca’ac Indians of Mexico.  Traditionally a hunting and gathering culture subsisting on the green sea turtle–or “Moosni”–the Comca’ac now are threatened by development and the turtles face possible extinction.  However, the Moosni and the Comca’ac will survive together and become strong again.

(1) Chelsea Rose remembers excavating the house floor of Josiah Henson, whose autobiography inspired Uncle Tom’s Cabin, for the upcoming PBS season of Time Team America. (2) Divers and snorkelers can tour six shipwrecks on the Maritime Heritage Trail in Biscayne National Park. The Arratoon Apcar ran aground just below an unfinished lighthouse in 1878. (3) The Agnew Tramway in California’s Sierra Nevada, was built in 1915 to service a series of high-elevation dams still operating as the Rush Creek Hydroelectric Historic District.

(1) Divers and snorkelers can tour six shipwrecks on the Maritime Heritage Trail in Biscayne National Park. One of these is an unnamed 19th Century wooden sailing vessel. (2) Jamestown Island, Virginia, is the location of the first permanent English colony in North America, but archaeological sites there face a serious threat from sea level rise and erosion. (3) English blacksmiths make a pattern-welded replica of a Saxon sword that lay buried with its owner for 1500 years before its archaeological recovery in the 1980s.

(1) ALI Executive Director Rick Pettigrew visited Rovereto, Italy, in October 2013 to serve on the jury for the annual International Review of Archaeological Cinema. (2) Divers and snorkelers can tour six shipwrecks on the Maritime Heritage Trail in Biscayne National Park. The British steamer Lugano ran aground in a storm in 1913. (3) In the Spanish town of Tauste, excavators uncovered a large Moorish cemetery dating from the 8th to the 11th Century. Now we know that early Tauste was much larger and more complex than formerly thought.

(1) Divers and snorkelers can tour six shipwrecks on the Maritime Heritage Trail in Biscayne National Park.  Before her complete ruin upon the reefs in 1966, the yacht Mandalay was an impressive two-masted sailing ship.  (2) Formed under the tumultuous waves of Pleistocene Lake Lahontan, Hidden Cave was sealed from access until the indigenous people of the Carson Sink in western Nevada 3,800-3,500 years ago discovered it.  But then it became an important part of their lives as they harvested the natural foods of their land.

(1) Divers and snorkelers can tour six shipwrecks on the Maritime Heritage Trail in Biscayne National Park.  The Alicia ran aground in the Bay in 1905.  (2) In December 2013, ALI Executive Director Rick Pettigrew served as a juror in Tehran for the Cinema Verite Iran International Documentary Film Festival.  (3) In 2011, geophysical instruments maker, Geometrics, teamed with University of Georgia Ph.D. student Dan Bigman to perform a magnetometer survey at Ocmulgee National Monument to image buried features.

Separated by 1500 miles from the nearest large land mass, Guam saw the first human migrants 3500 or more years ago.  These colonists participated in the longest over-water migration in human history up to that point and became the native Chamorros of Guam and its sister islands.  Their cultural identity lives on despite centuries of colonialism, devastation in war and the influences of the modern global economy.  After bridge construction reveals human burials in an ancient village site, the ALI film team explores the native culture and its people.

(1) Visitors to the Maritime Historic Trail are invited to explore a series of shipwrecks in the shallow waters of Biscayne Bay National Park in southeastern Florida. (2) Northern Paiute Elder Ralph Burns tells the traditional story of Stone Mother, a tufa rock formation on the east side of Pyramid Lake, Nevada, first in Paiute and then in English. (3) Bombing in the the night of 24 November 1940 destroyed the city center of Bristol, UK. A combination of oral history and archival footage captures the meaning of a city transformed through conflict.

(1) The Riwaq Centre for Architectural Conservation for more than two decades has used architecture to restore more than 100 historic sites in the West Bank and Gaza Strip. In 2012, Riwaq won the Curry Stone Design Prize for designers addressing critical social needs. (2) Archaeologists have long grappled with questions about Etruscan origins and their way of life. Gregory Warden of Southern Methodist University is employing some new methods and coming up with some new answers.

(1) Civic Stadium in Eugene, Oregon, is one of the last remaining Depression-era ballparks in the US.  Last used for public events in 2009, it now stands empty, its future uncertain.  This short video is a trailer for a planned documentary on the stadium and its place in the local community.  (2) The Chinle Valley Singers are a Navajo family group who have shared their rich cultural tradition since 1981 in story-telling and in songs and dances adapted from ceremonial contexts.  In 2012 they performed for audiences at the University of Shanghai in China.

Lummi Nation and coal exports; Day of the Dead; They Called Him Skipper

(1) Jay Julius, fisherman and tribal council member of the Lummi Nation, who have lived on Puget Sound for millenia, opposes the use of Cherry Point, Washington, as the largest coal export terminal in North America.  (2) The Winchester Cultural Center in Las Vegas is where diverse Hispanic communities share their ways of celebrating the Day of the Dead in a multi-day festival.  (3) Lacey V. Murrow was the Director of Highways for Washington State from 1933 to 1940 and is best known for building the historic Lake Washington floating bridge.